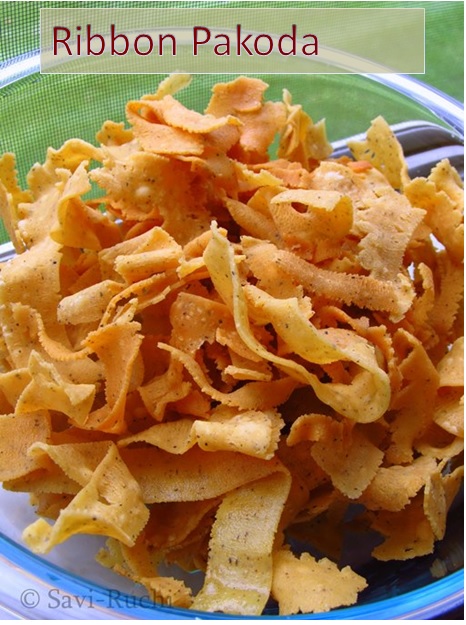 Are you wondering why I am posting a Gokulastami recipe now, when the festival was over about a month ago. Hold on.., for few of us... the festival is not over yet. We are celebrating the Gokulastami (Krishna Janmastami) on the coming Monday (15th September 2014).

I noted down the ribbon pakoda recipe during my visit to India. When I searched the internet, I found many recipes for ribbon pakoda. Each of them was different. Hence, I went ahead with what I had noted down. It came out very crisp. 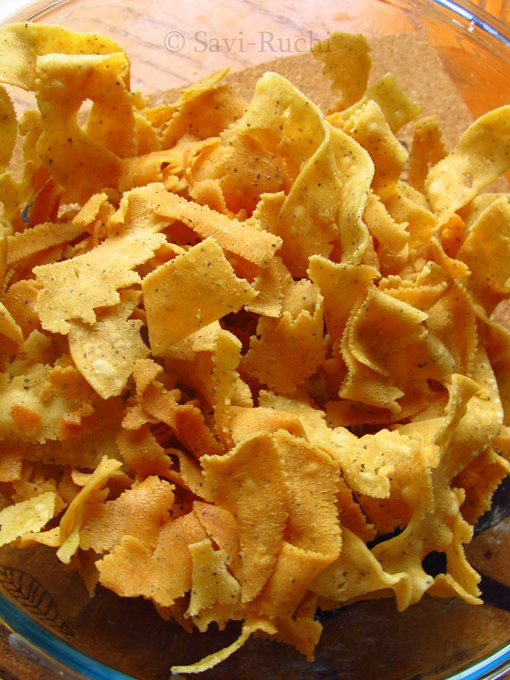 Other ingredients:
Oil: For deep frying 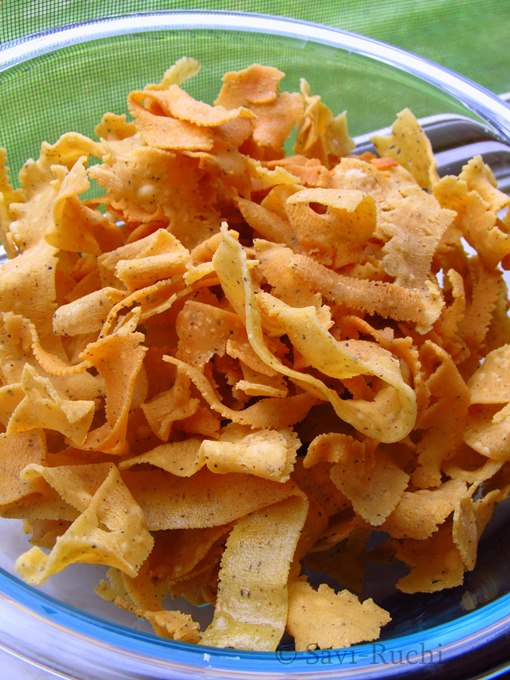 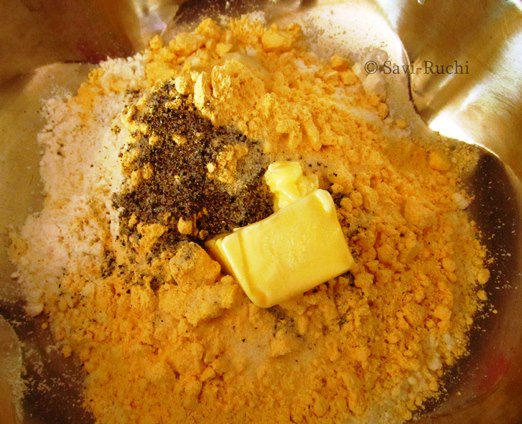 Mix well. The flours should get coated with the butter.
Add water little at a time to the flour mixture and make soft, non sticky dough. The dough should be smooth but non sticky. 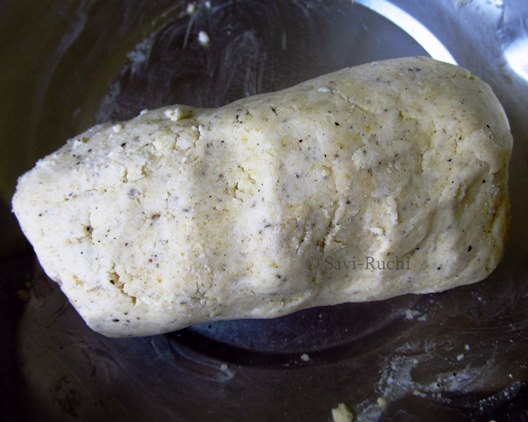 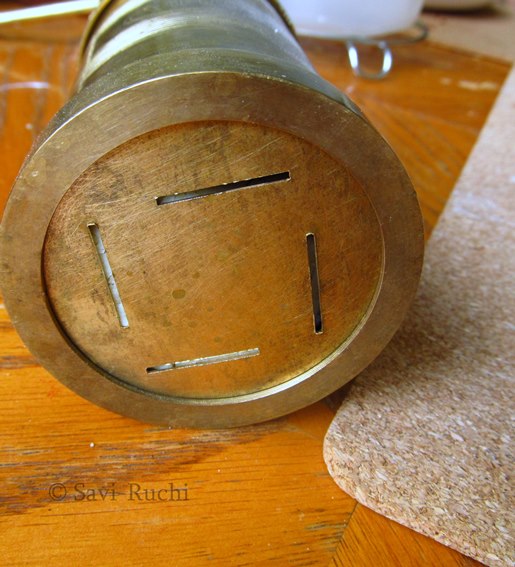 When oil is hot, press the ribbon murukku directly on to the oil. Cook it on a medium high heat until it turns golden brown. 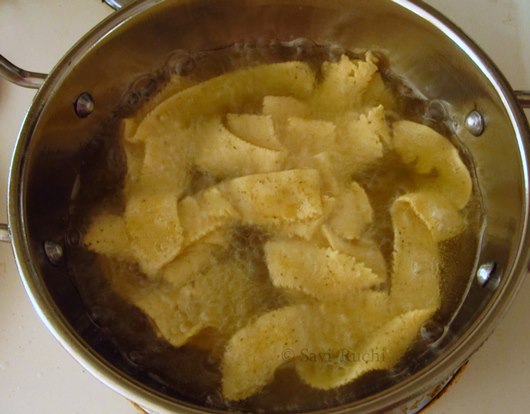 Flip the pakoda & cook on both sides.
Drain the ribbon pakoda on a paper towel. Repeat pressing the pakoda & frying until the dough is over. 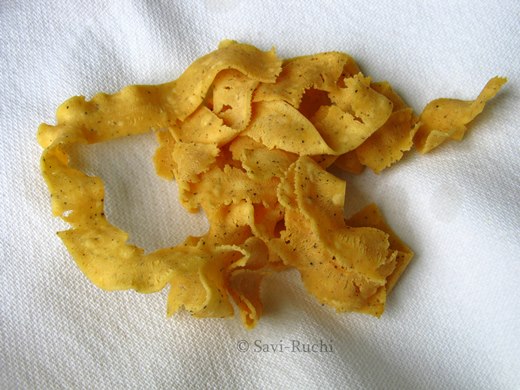 Cool the pakoda & save it in a air tight container. Can be stored for about 10 days. 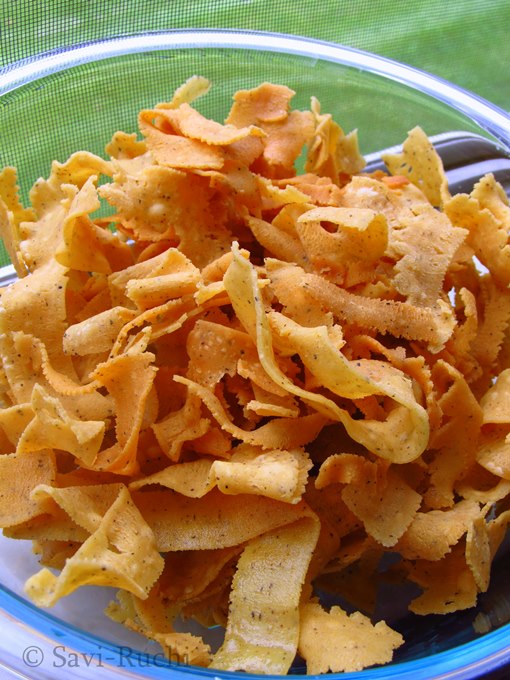